On Friday 23th October 2015 is the day that an event call “Model United Nation (MUN)” started at the International School of Phnom Penh. Nine of my friend and I participated in MUN. On the first day, the Chair which is the one who led the conference, told us all the procedures for the event. When the chair conduct the role call, we need to say “present and voting” but for the first time I said “president in voting” because I wasn’t sure what to say. Also for boys if you don’t wear tie, you can’t talk. I am the delegates of Afghanistan by the way. The first day, we just read our policy statement. Policy Statement is a short summarize about the issues in your country and mine is about animals right. After that we go to find the country that have similar issue that your country have and you start what we called “resolution draft”. Resolution draft is you write some solution for the issues. On the next day, we just finishing and we talk a bit about our resolution draft to all the delegates in the room. Then they will make some amendment and vote on it. After the amendment, we vote on the whole resolution draft. When you want to raise your hand, you raise the card in front of you. On the next day, we have a section called “Plenary Section” which all the people in the school come and vote on the high school people resolution draft. In this event we have different level. So I’m in “Junior General Assembly”. After that busy weekend, I was really tired but I enjoy it anyway. I learned a lot and if there’s more MUN event, I’ll happy to participate. 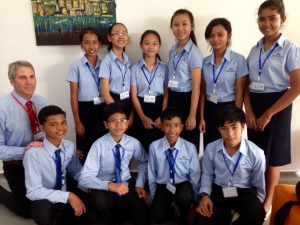 My friend and me with my learning facilitator. 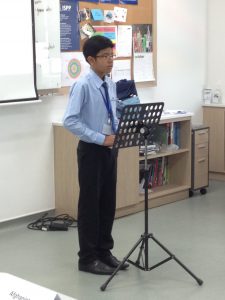 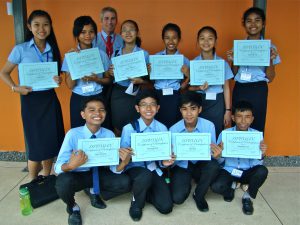 Everyone holding their certificate after the tired weekend! 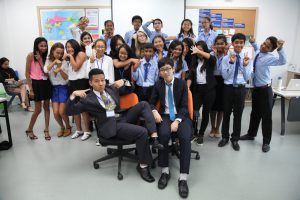