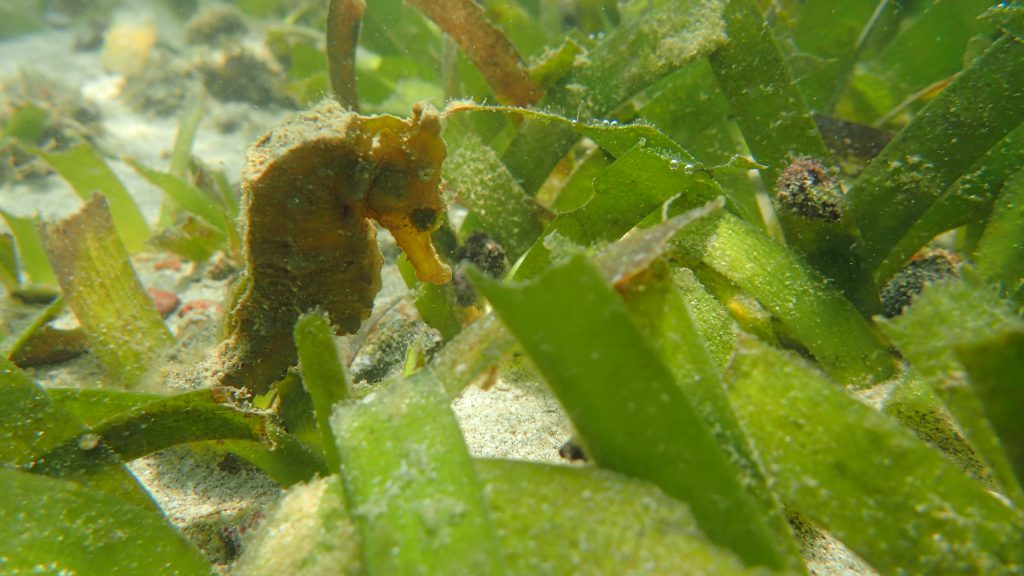 As you might’ve seen in my other posts, I’ve been talking quite a bit about the Liger Marine Research Team, in short, LMRT. The LMRT is a group of eight students from the Liger Leadership Academy that will be doing research on the marine biology in Cambodia, more specifically, Koh Seh. Koh Seh is an island off the coast of Kep, Cambodia.

We had our first trip to the island on the 28th of September, 2017. The purpose of that trip was to get us all certified as open water divers. I took the SSI Open Diver course in my summer so I was ready to get in the water and practice the skills. We consisted of about one dive per day (excluding the “pool sessions”). It was weird staying underwater for that long. I had to get up at 6 AM and get ready for my “classes” that take place underwater at around 7 in the morning. It was also very scary to practice all those skills and stay underwater for a long period of time. The scariest and hardest skills I had to practice were, taking off my buoyancy compensator (BC) underwater and putting it back on, and performing an ascend when I’m out of air; my instructor would come behind my BC and turn off my tanks. I then, have to give her the “out of air” sign and ascend to the surface, inflate my BC with my own mouth; usually, I would use the built-in system in the BC to inflate itself but since I’m out of air, I have to inflate it myself. I got a chance to go to an island nearby to dive at around six meters depth with HUGE corals and other organisms. The morning following the day I got certified, I went diving with my buddy, Nilroth. We went seahorse hunting, and no, we weren’t catching them. We spotted a seahorse, living with a lot of seagrasses. 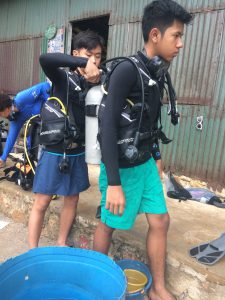